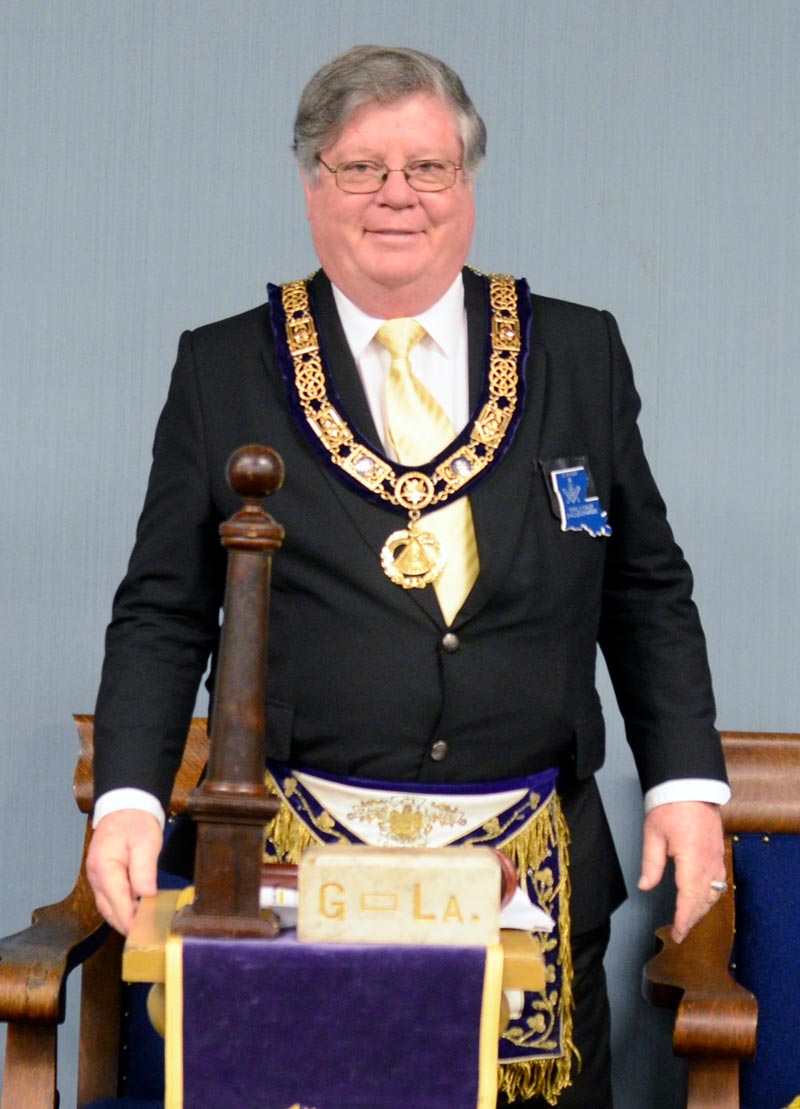 A Message from the Deputy Grand Master,

Christmas time is always a special time of the year. A time of joy and wonder, maybe even magical.

For those who recently lost a loved one, it is a period of deep grieving. My dad passed away in late October, and my mom told me that the Christmas season was a period of grieving, despite being pregnant and with four young children.

For me, Christmas was always a magical time of year, until I also experienced a first Christmas without a loved one.

It should always be a time of reflection and self-examination; a period of being thankful for God’s grace, the blessings of life, and of being an American.

Most of us, as we reflect, can not actually recall where we were, or what we were doing when we were 20 years old. One of my mentors was Robert Russell “Bob” Reeves. Bob grew up in the little community of Gillis, Louisiana, played basketball in high school, and was a wild bull rider. After the Pearl Harbor attack, he joined the U.S. Army and was attached to the 1st Infantry Division, and also jumped as a paratrooper. In mid-December, 1944, young Bob, spent the Christmas season in Bastogne, Belgium. It was cold, the sky was overcast, and Bob stood knee-deep in snow, as the Germans began their counter-attack. The Battle of the Bulge began on December 16, 1944, and the actual siege of Bastogne was from December 20 through 27, 1944. Bob was wounded twice and was given medical care while still in line. Following the battle, he was sent home. While onboard a hospital ship, en route home, he heard a loud cheer, then learned Germany had surrendered.

Upon returning home, Bob was honorably discharged. He petitioned Magnolia Lodge No. 238 and later served as Worshipful Master and as Treasurer of the lodge for over 25 years. Bob passed away on November 30, 2012, at the age of 88.

So, during this wonderful holiday season, let us take time to reflect on all of our blessings in life and the sacrifices others make, that we may be free.

May God continue to bless you and your families.